Why I am a New York Mets Fan.

The simple reason would be, that is the team I was raised with.   My parents were Brooklyn Dodger fans and the Mets were the National League replacement.  Bah humbug, American League, upstarts!  (I have to laugh, the lines between the two leagues have been around for a while).

I remember the first game I was taken to.  My parents and Dad’s good friend and colleague, John McClarnon took me.  It was June 6th, 1965.  D-Day, I might have known.  The Mets lost to the Pittsburgh Pirates 3-0.  There was nothing special about that:  Losing for the Mets was not a sometime thing to quote the song in Porgy and Bess, but a regular thing.  (Ironically, the previous season, the Yankees went to the World Series, the Mets finished last, but the Mets had more people come to the games).

I just finished reading a book about the 1964-1965 Worlds Fair.  The Mets ballpark, Shea Stadium, to an eight year old seemed to go with the fair.  The future.  Careful nurturing by those around me kept me from straying to the dark side, the New York Yankees.   (By then, the on field performance of the Yankees was almost as bad as the Mets.  Casey Stengel’s doomed cry of “Can’t anyone here play this game,” summed it up).

If you really wanted futility, there was always the Chicago Cubs, but they weren’t on my horizon…yet.

Looking back, and having traveled in Central and Eastern Europe, I realized something.  If you are of Eastern European descent and grew up knowing Eastern Europeans and traveled to these places, you realize something.  The Mets fit the bill.  My Dad’s friend and Prague colleague Dr. Otto Exner summed it up best.  “Otto, how are you?”  “Worse than yesterday, but better than tomorrow.”   Now to paraphrase the piece from Gilbert and Sullivan’s Pirates of Penzance “A policeman’s lot is not a happy one.”   A Mets fans’ life is not a happy one.

The Mets have won two World Series, (1969 and 1986).  Confess, if you are a Mets fan, doesn’t it go through your mind the old Brooklyn Dodgers “Wait til next year?”  The difference is, next year, a cold cruel reality will return.  You are like Cinderella, only the glass slipper stopped fitting you.

The Political Science and History major in me just had to add this.   The Mets are the brave rebels.  The 1956 Hungarian Revolution, 1968 Prague Spring, I could go on.   We win battles against the establishment, which then puts us down.

I thought of this, watching a Mets game on television, that was being played at Citi Field,  The Mets lost and I looked up at the heavens and threw my arms up.  “Dad, new ballpark, same losing team.  Don’t worry, it’s status quo. 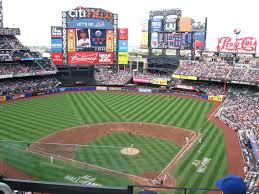 I am originally from Brooklyn, New York and now live in Tucson, Arizona. I have discovered a passion for writing. I have five books out now, with a sixth on the way. Take a look @ my book list: The Search for Livingstone An Affair of the Heart The Search for Otzi Griffith Justice in Space. Moriarty The Life and Times of a Criminal Genius Available now on Smashwords - Amazon and Barnes and Noble As to not bore my public with just "Buy my book," I am also interested in baseball, the outdoors, art, architecture, technology, the human mind and DNA. I learned Ashkenazi Jews, of which I am one, have to lowest rate of Alzheimer's in the world. Therefore, I treat my brain as a muscle needing a workout. I enjoy good food, flirtation, beautiful women (I am happily married for thirty years), so just flirting ;) I was considered autistic when I was young, trying to figure out if I have a mild form of Aspergers and learning from that. That is for future posts. You can also see I love history. Enjoy my sarcastic silly look at the world, and making History more interesting than a textbook.
View all posts by tucsonmike →
This entry was posted in A Sarcastic Look at Life, A Silly Look at The World, Brooklyn, Marvin Charton, Neurotic, New York, New York Mets, New York Yankees, Otto Exner, Reading History Like a Novel, Worlds Fair, Writing and tagged brooklyn dodgers, Central Europe, Chicago Cubs, D-Day, Eastern, National League, New York Mets, New York Yankees, Otto Exner, Shea Stadium, The Mets. Bookmark the permalink.